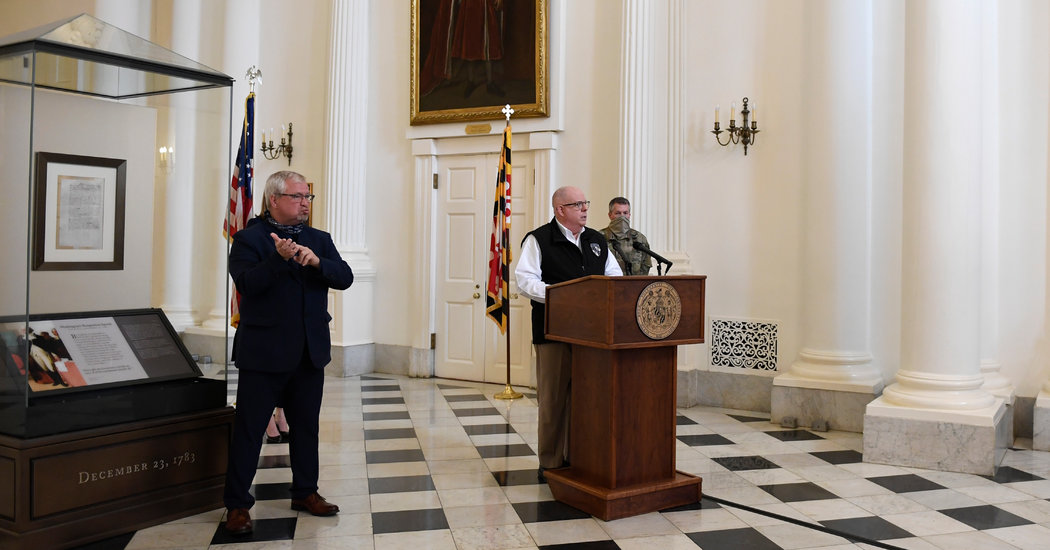 When President Trump told governors that they needed to step up their efforts to secure medical supplies, Gov. Larry Hogan of Maryland took the entreaty seriously and negotiated with suppliers in South Korea to obtain coronavirus test kits.

“The No. 1 problem facing us is lack of testing,” said Mr. Hogan, a Republican, who has been among the many critics of the Trump administration’s repeated claims that states have adequate testing provided by the federal government. “We can’t open up our states without ramping up testing.”

In recent days, his wife, Yumi Hogan, a Korean immigrant who speaks fluent Korean, had been on the phone in the middle of the night helping to secure the final deal with two labs to sell Maryland the tests.

“Luckily we had a very strong relationship with Korea,” Mr. Hogan said. “But it should not have been this difficult.”

On Saturday, a Korean Air flight arrived at Baltimore-Washington International Airport carrying 5,000 test kits, which officials said would give the state the ability to make 500,000 new tests. The Food and Drug Administration and other agencies gave their seal of approval for the kits as the plane was landing.

“I was frosted because my team was saying that the F.D.A. approval was going to hold it up,” Mr. Hogan said in a telephone interview. “I didn’t care and was going to get the tests anyway.”

So far, Maryland has conducted 71,577 tests for the virus, and nearly 14,000 infections have been recorded, a number that continues to rise. More than 500 people have died in the state.

A number of South Korean vendors were considered for the new test kits, and ultimately the state went with LabGenomics.

Mr. Hogan, Ms. Hogan and a group of state officials greeted the flight to receive the kits on Saturday. The new tests, once they have passed muster in two local labs, will be distributed to the testing centers the state has set up in sporting fields, repurposed vehicle emissions testing centers and other locations.

“We want to get to the point where we can test as many people as possible,” Mr. Hogan said, noting that the state, like most others, has been limited to testing only the very sick and emergency and health care workers.

Other states, desperate for things like personal protective equipment and other medical gears, have moved to acquire it, often stealthily, from other nations.

On NBC’s “Meet the Press” on Sunday, Vice President Mike Pence said there was “a sufficient capacity of testing across the country today for any state in America” to help the nation emerge from the coronavirus shutdown, something that Mr. Hogan and other governors from both parties disputed.