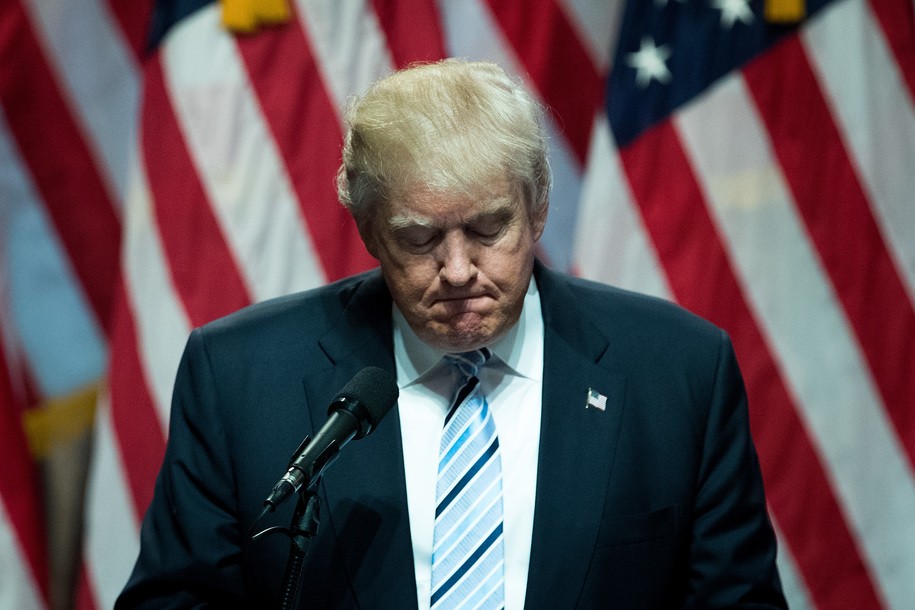 When looking specifically at voters over 65, the drop-off in support since about mid-March is notable, with Trump’s 53% approval, just before he declared a national emergency, dropping to 50% approval in late April.

But the data for older white independents is darn near eye-popping, with Trump hitting 61% approval around mid-March, before falling to 50% in late April.

That 10-point slide among older white independents is consistent among both men and women, though men’s support for Trump started off higher at the outset. So Trump’s approval among the demographic’s women has dropped from 55% in mid-March to 44% now; while among men, it has dropped from 69% to 58% in the same timeframe.

Even among older white Republicans, Trump has seen a 2-point slide in the last month and a half.

It’s a very interesting trend precisely because older white voters were the demographic group that pierced a hole in the Obama coalition of voters. As Frey noted in 2016, the bloc of white voters over 45 and over 65 constituted “the strongest support for Donald Trump in almost every swing state that he won.” Losing the support among a significant portion of white voters over 65 could very well prove unrecoverable for Trump.