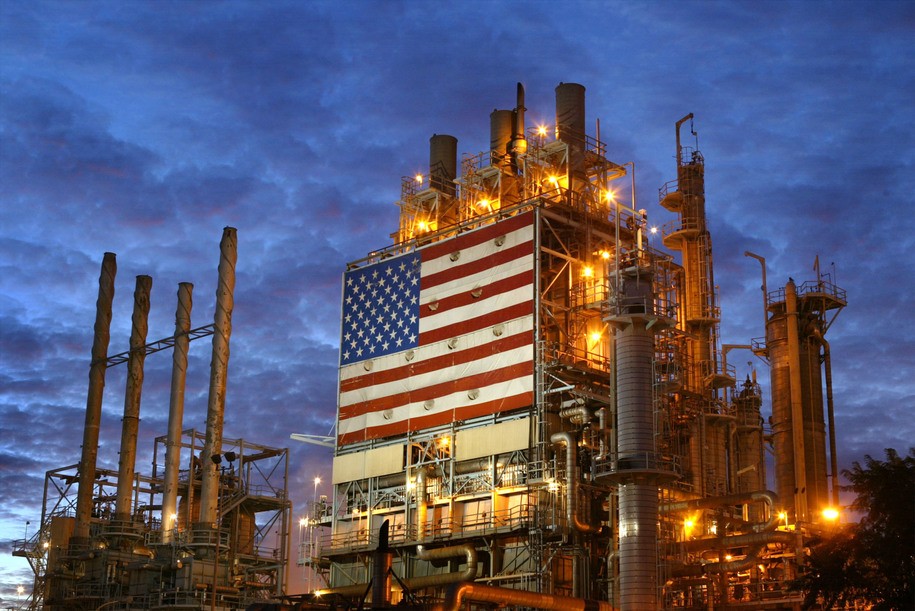 Not all oil is in negative territory. If you really want to open the tap on a barrel of Texas “sweet” crude at the moment, the going price is around $1.30—and no, you don’t really get a barrel, would-be barrel barons. It’s the futures market for May that’s really writing up the offers to create a nega-tycoon out of anyone who discovers somewhere to simply put the damn stuff. The ability be paid for taking oil off the hands of producers is a real thing.

Why don’t they just dial back production? Because that also costs money. Idling a well or closing down a pipeline are high-ticket items. So are opening them back up again. For a variety of reasons, it can be more costly to go through this cycle than it was to put in the well to begin with. At the moment, producers are making the bet that they can take an oil-bath on May futures for a few days and hope that this thing gets turned around again.

Besides, oil and gas have long been a game filled with sharp-elbows and a fair amount of playing chicken. It’s an industry where there is always someone who feels that they have deeper pockets, or lower costs, that will allow them to drive their competitors to their knees. Why turn off your own wells if a few days of sub-$2 prices drives a rival out of business and idles their whole field? Then you—person whose wells are still flowing—can capture a larger chunk of a rising market when supply and demand suddenly swing back into alignment! Insert maniacal laugh here.

Not surprisingly, oil and gas corporations believe in oil and gas. Exxon Mobil and Royal Dutch Shell may have been shoved down the charts of stock value by upstarts like Apple and Amazon, but in terms of sheer profit over time, there’s no doubt these energy industry giants have been the most lucrative businesses ever. Bar none. Not only do they enjoy huge benefits in which the government funds many of their risky endeavors while collecting little or no tax revenue, but they also enjoy tremendous political support. For oil companies, the country exists ever on the edge between using a lot of oil, and using even more and the government exists only as a candy store. It’s little wonder the industry consistently lays its bets on the idea that the huge demand for oil is only getting huger.

Since coming into office, Trump has affixed his executive order scrawl to papers that gave oil companies benefits for running thousands of miles of leaky pipelines around the country, opened up huge swathes of federal land (and sea) for more drilling/fracking, and gave these monster corps even vaster tax breaks. National monuments have been disassembled to their benefit; the EPA turned into a PR agency goading them on to drill, baby, drill. Trump has also worked hard at raising the demand side of the equation, removing pollution guidelines and eliminating Obama-era efforts to improve auto mileage.

In 2019, Exxon may have racked up an official profit of just $5.7 billion, a significant decline for a company that racked up a $21 billion profit the year before, but one thing which didn’t change between those years would be Exxon’s tax outlay. That would be $0.

Shake Shack may have given back the $10 million loan directed its way by the Small Business Administration. You can absolutely bet that Exxon is not about to turn down any number of billions sent its way by Trump. And there’s no doubt it will be billions. No industry has so consistently enjoyed Trump’s favor as oil and gas. It’s unlikely he’ll fail them now. After all, there are always ventilators that can be sold in a pinch.

Out there in the wider world market, Brent crude from the North Sea is still demanding $25 a barrel with both producers and refiners being better capable of controlling the available supply. But as Donald Trump has proudly pointed out again and again, the U.S. has been repeatedly setting records for oil production. A decade of frack frack here, frack frack there, frack frack fracking everywhere has left the nation awash in so much oil, and so many wildcatting producers, that the industry has already been having trouble keeping the supply from driving prices below costs.

At the moment, the equation in the U.S. remains the same—too much production, too little demand, almost no remaining storage. Very, very soon oil companies will have to take the hit and start shutting down wells, or simply pour the oil out on the ground. But don’t discount the idea that Trump may allow them to do just that.

Dr. Gupta shows how virus could spread in restaurants

Dr. Gupta shows how virus could spread in restaurants