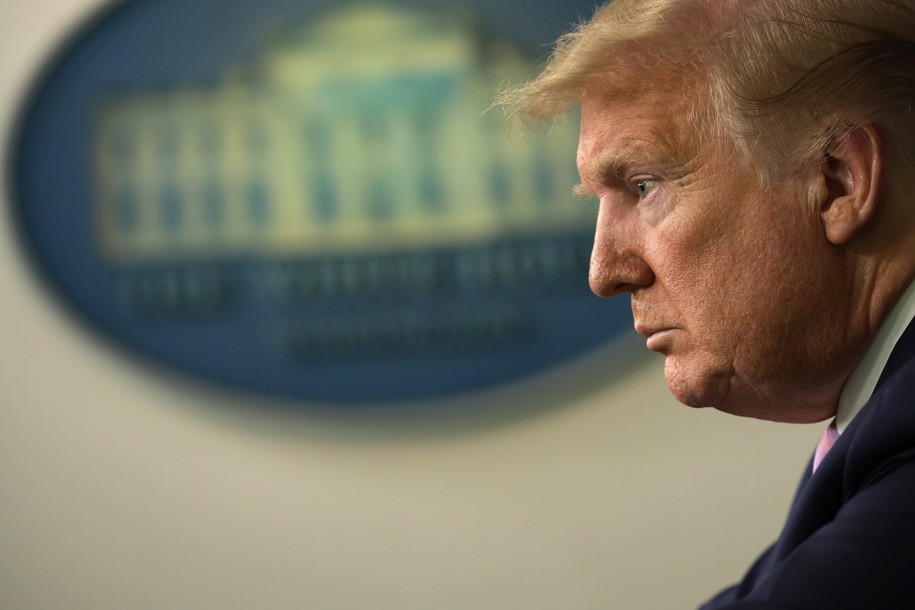 The campaign reportedly sent cease and desist letters to this station, and other similarly small, local outlets in Michigan, Minnesota, Florida, and Pennsylvania in March. The connection at a glance? Major battleground states. At this point, the PAC began fundraising to keep the ad running on air.

Donald Trump issued a cease and desist letter to stop our ad from running because he doesnÃ¢ÂÂt want Americans to know the truth about his failed leadership. Help keep it on the air by donating herehttps://t.co/ZeRIriA3Y8 pic.twitter.com/Jdh1GY9HHS

“The Trump campaign is now left with no other option than to use the force of law to ensure these false and defamatory ads cease. Defamation law helps ensure that news outlets are accountable to viewers, who should be able trust the accuracy and truth of content aired to the public,” a legal adviser of the Trump reelection campaign, Jenna Ellis, said in a statement.

Whether the stations can prove the ad isn’t defamatory is one important matter, but perhaps the larger—and sadder—issue is that such a legal battle may very well be a financial stress on small, local stations. People are already losing income and cutting budgets—including in media—to survive the pandemic. This sort of financial burden might spook stations as we inch closer to the general election.

“They’re going to incur a bunch of costs that they’re just going to have to absorb even if they ultimately prevail, which I’m quite certain they will,” Erik Ugland, a professor of media law, told Wisconsin Public Radio in an interview on the matter.

“The truth is that Trump ignored warnings from experts and his own team and downplayed the coronavirus even as it spread unchecked across the country and the world. Americans are now suffering as a result of his inaction. We will never stop airing the facts and holding the president accountable for his actions,” Priorities USA chairman, Guy Cecil, said in a statement.

Whether it’s lobbing insults at reports instead of answering questions or criticizing the way journalists ask questions, we know Trump loves attacking the media. We also know Republicans and conservative super PACs have no problem attacking Democratic congresswomen of color (as well as Colin Kaepernick) in campaign ads. Oh—and Trump’s reelection campaign has also filed libel lawsuits against a number of newspapers, including The Washington Post and The New York Times, over opinion pieces from back in 2019.

This is the ad in question.

US coronavirus: Highest number of deaths in a day recorded after several days of a downward trend