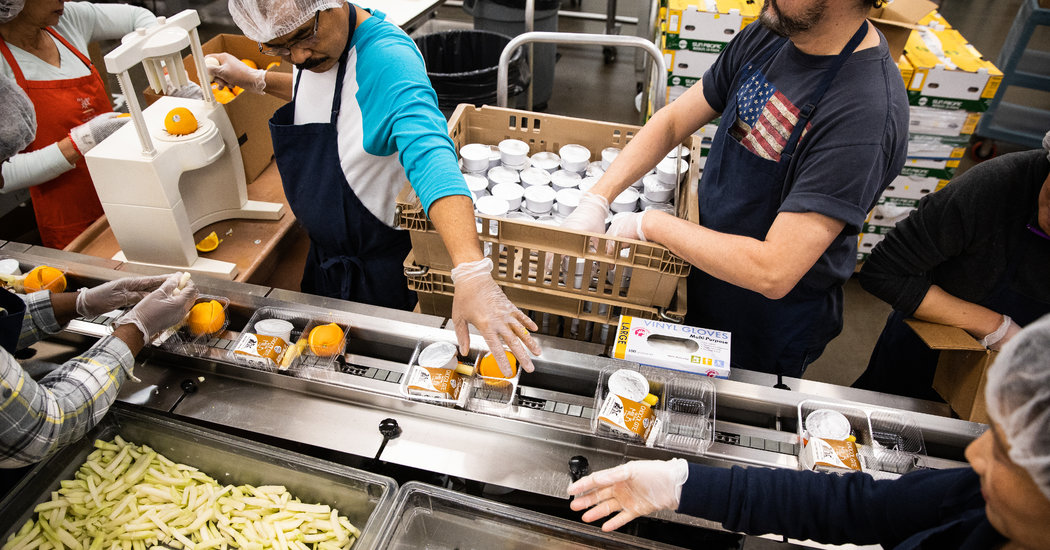 WASHINGTON — A federal court has struck down a 2018 Agriculture Department rule that reversed nutrition standards for sodium and whole grains in school meal programs once championed by the former first lady Michelle Obama.

The U.S. District Court for the District of Maryland vacated the rule, concluding that it violated the Administrative Procedure Act because the 2018 rule differed significantly from the administration’s 2017 interim rule setting up the final standards. The school breakfast and lunch rule is only the latest in a series of Trump administration regulations that have been struck down for violating the legal procedures that Congress set out for approving new regulations.

“The court concludes that the rule is not inconsistent with federal law, it does not reflect unexplained and arbitrary decision making, it does not represent an unacknowledged and unexplained change in position, and the U.S.D.A. appropriately responded to public comments,” ruled U.S. District Judge George J. Hazel, a nominee of President Barack Obama. “The court does find, however, that the final rule is not a logical outgrowth of the interim final rule, so it must be vacated.”

The Agriculture Department said it does not comment on ongoing litigation.

The ruling comes as most schools have been shut down for more than a month because of the coronavirus pandemic. Many school meal providers are struggling to get meals to children with grab-and-go sites or handouts along school bus routes. Such difficulties were not addressed by the ruling.

“What has become oh so clear in the context of this crisis is how important food access is and how important government policies are to ensuring that people across America have access to nutritious food,” said Karianne Jones, one of the lead litigators for Democracy Forward, a liberal legal group that represented the Center for Science in the Public Interest and Healthy School Food Maryland in the case over the 2018 rule.

“But what the Trump administration has done time and again is to roll back federal policies that are designed to ensure that American children can access food,” she said.

The sodium and whole-grain standards were the first of a series of efforts by the Trump administration to roll back school nutrition rules implemented by the Obama administration. Another proposed rule, unveiled on Mrs. Obama’s birthday, would weaken nutrition standards for fruits and vegetables in school and summer meal programs.

In early March, the Agriculture Department extended the public comment period on that rule until April 22, citing the pandemic.

Democracy Forward lawyers say the Obama-era nutrition standards for sodium and whole-grains are now back in effect.

The Trump administration has been chipping away at Mrs. Obama’s nutrition guidelines, arguing that they place an undue burden on school officials and raise the costs of school meals.

In the case of sodium, the Obama administration finalized a rule in January 2012 that established three targets to steadily lower sodium levels in school meals until school year 2022-23, when meals would have low enough sodium levels to comply with 2010 dietary guidelines.

The 2012 rule also required that 50 percent of grain products offered in school meals be rich in whole grains by the 2013-14 school year to comply with the 2010 guidelines. After the 2014-15 school year, all grain products had to be whole-grain rich. Schools, however, were allowed to apply for waivers as long as they still met the 50 percent requirement.

In 2017, the Trump administration published an interim final rule that extended the time schools had to reduce sodium levels and allowed states to continue granting waivers for the whole grain requirements as long as they could demonstrate hardship in complying. It also gave providers the option to offer flavored low-fat milk.

But when the administration published its final rule in December 2018, it differed significantly from the interim rule. The final rule reset the requirements so that only half of the weekly grains served have to be rich in whole grains, ending the need for waivers, and it eliminated the third sodium target.

The Agriculture Department “did not give the public proper notice of what it intended to do in rolling back the standards,” Ms. Jones said. “What it did was fully eliminate the need for schools to ever get to the targets.”

Ms. Jones said that if the administration wants to try again, “they have to propose a rule that is transparent and give the public the ability to comment.”

The case, decided on Monday night, is one of two lawsuits that sprang up in April 2019. The other case was brought by attorneys general from six states and the District of Columbia, and is on a different trajectory because the states’ standing to bring the case has been questioned.

“By gutting nutrition standards, the administration is really putting these 22 million low-income kids who rely on this food at risk of all sorts of health problems,” Ms. Jones said. “Heart disease, diabetes, things that come from establishing a bad diet at a young age.”