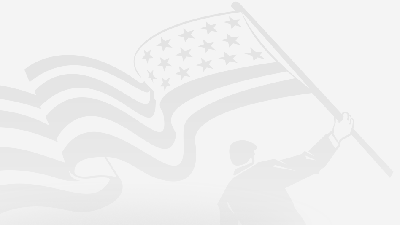 I wonder again: how many of the white collar professionals who already moved away from the GOP in the Chicago suburbs in 2018 look at someone holding that sign and conclude: yes, where i belong is in the same political coalition w/that crowd? https://t.co/eCuOda5dkl

President trails Joe Biden in polls among older voters, who are paying close attention to his handling of the pandemic—and watching his press briefings

Mr. Trump has trailed presumptive Democratic nominee Joe Biden nationally among voters 65 years and older in the four Wall Street Journal/NBC News polls this year, at times by double digits. Mr. Trump won 52% of that demographic against Democrat Hillary Clinton in 2016, according to exit polls.

America’s older voters have been trending toward Republicans for the past two decades. But Democrats said the former vice president could narrow that gap. He consistently performed well in his primary race among voters ages 65 and older, even in states such as Iowa where he struggled. Exit polls taken Super Tuesday on March 3, when he built a formidable delegate lead against the multicandidate field, showed Mr. Biden won about half of older voters in multiple states.

The mistakes we make in opening today

Won’t be seen until end of May

34 days of pandemic: Inside Trump’s desperate attempts to reopen America

One of the polls, an internal RNC survey of voters in 17 battleground states, had former vice president Joe Biden leading Trump 48 to 45 percent, according to an adviser briefed on the 20-page polling memo. The coronavirus ranked as the most important issue to voters, and 54 percent of those surveyed said Trump was too slow to respond to the crisis, while 52 percent said they believed the government should be doing more.

Trump did outperform Biden in some areas, such as being better at getting things done and better in handling a crisis. Still, on a question that historically has helped determine whether incumbents win reelection — whether the country is headed in the right direction — just 37 percent said they believed it was.

Excluding the New York tristate area, national covid19 infections, hospitalizations, and deaths continue to increase. The national doubling time has rise to about 25 days, but the epidemic continues to slowly expand. And covid spread – although slower – remains persistent. pic.twitter.com/isse2NRvpA

Moderate Republicans in competitive districts are navigating a careful balance in addressing the coronavirus crisis, eager to put some distance between themselves and a president whose response has been criticized.

In an attempt to ensure their contests become referendums on their own responses to the virus, rather than the president’s, vulnerable House Republicans are instead brandishing their own independent streaks, playing up their work with Democrats, doubling down on constituent service and hosting town-hall-style events — avoiding mention of Mr. Trump whenever possible.

It is an approach that looks familiar to former Representative Carlos Curbelo, Republican of Florida, who tried to distance himself from Mr. Trump on immigration and other issues in 2018 as he fought to hang onto his seat in a diverse South Florida district, but was swept out in a midterm debacle that handed Democrats control of the House.

We left a playbook. He ignored it.

We created an office to prepare for pandemics. He gutted it.

We had CDC officials in China to detect and contain outbreaks. He pulled them out.

Trump can try and shift blame all he wants, but the fact is his actions left us unprepared. https://t.co/NdsINZ307m

People (Larry Brilliant, Bill and Melinda Gates, the World Health Organization) have been shouting about the current pandemic—“Disease X”—near constantly for a couple of decades. But talk and action are different planets.

Would-be prophets professing to know the future are continuing to pop up as the pandemic rages. For instance, Larry Brilliant says the duration of the contagion depends on how quickly we can test everyone and stop the spread. One expert says it could last up to 24 months if the virus follows the usual pattern of receding and returning in waves. Trump this week said that the lockdown measures taken to stem the spread of the virus could be over in three weeks, by Easter, give or take. This comes as his own Department of Health and Human Services forecasts in an unreleased report on the COVID-19 response plan that a pandemic might last 18 months.

As predictions pile up, we now know that over the past decade and a half we failed to listen to numerous warnings. Which raises another question: Who are the Cassandras of this moment—and what would it take for us to listen to them?

TRUMP, responding to a Harvard University study that 5 million tests would be needed to safely reopen the country: “It will increase, and it’ll increase by much more than that in the very near future. We’re way ahead of everyone on testing. … We’re going to be there very soon. If you look at the numbers, it could be that we’re getting very close.” — remarks Tuesday on aid for small businesses.

THE FACTS: Actually, Trump is nowhere close in his prediction of providing 5 million tests a day, according to his own federal “testing czar.”

Breaking via NYT: Trump moved on Friday night to replace a top official at the Department of Health and Human Services who angered him with a report last month highlighting supply shortages and testing delays at hospitals during the coronavirus pandemic. https://t.co/WPRyTubNk2

Want to learn more about those epidemiology models? Sure you do.