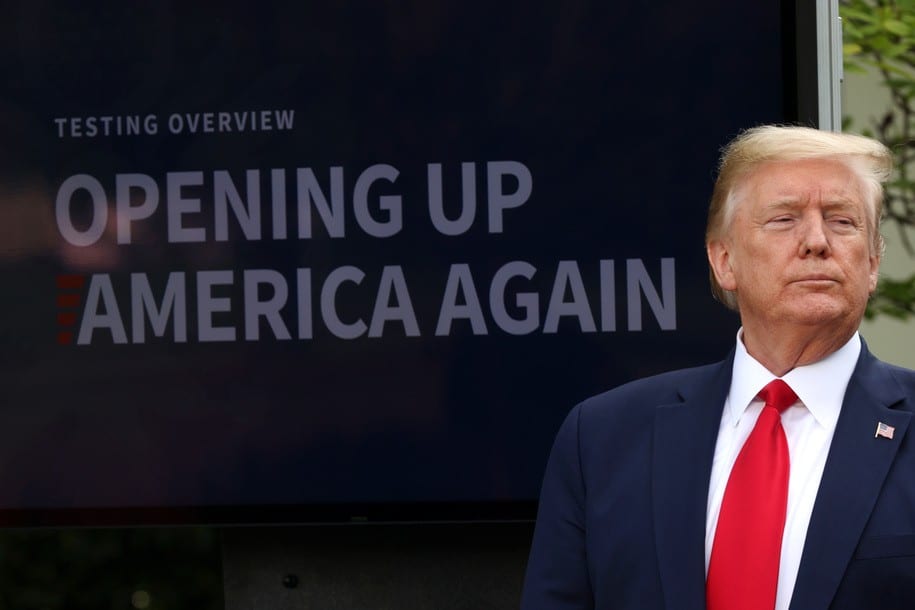 Trump’s renewed focus on the must-get voting bloc comes as his campaign team grows increasingly worried about his polling with the demographic and the fact that Trump’s presumed rival, Joe Biden, has shown particular strength with the group.

Buttressing the trends in recent Civiqs polling that showed the group’s sagging support for Trump, the Wall Street Journal notes that Trump has trailed Biden among 65-plus voters in all four of its polls this year, sometimes by double digits. That stands out in particular because older voters have favored Republicans in elections for the past couple decades. In Florida, for instance, which Trump won by 17 points in 2016, Trump trailed Biden by 10 points in the latest Quinnipiac poll in mid-April. Senate Republican aides are reportedly so concerned they told Trump’s campaign that they would never prevail in their own races if Trump’s standing among the demographic didn’t improve.

But Trump doesn’t just have a Biden problem—he’s got a Trump problem. Trump’s campaign recently tested some Democratic ads on the issue but ultimately found that Trump’s slide with older voters was directly related to his piss-poor showings at the White House coronavirus briefings. It’s almost as if older voters remember how a real commander in chief is supposed to act in the midst of a national emergency.

The Journal notes that Trump’s widely reported blowup at his campaign manager Brad Parscale last week was the direct result of Parscale and others relaying the data about his disastrous briefing performances.

Old voters, a critically at-risk population with very few other distractions, have been paying a great deal of attention to those briefings, according to the campaign. And many, apparently, don’t like what they’ve seen.

“I quit watching. I truly can’t stand it,” Judy Hoffman, a 72-year-old Ohio retiree who had considered supporting Trump until the pandemic emerged, told the Journal. “I quit feeling like I was gaining any information. I started listening to podcasts.”

Flu deaths vs. coronavirus deaths: These reasons show why Covid-19 can be more dangerous than the flu

Flu deaths vs. coronavirus deaths: These reasons show why Covid-19 can be more dangerous than the flu