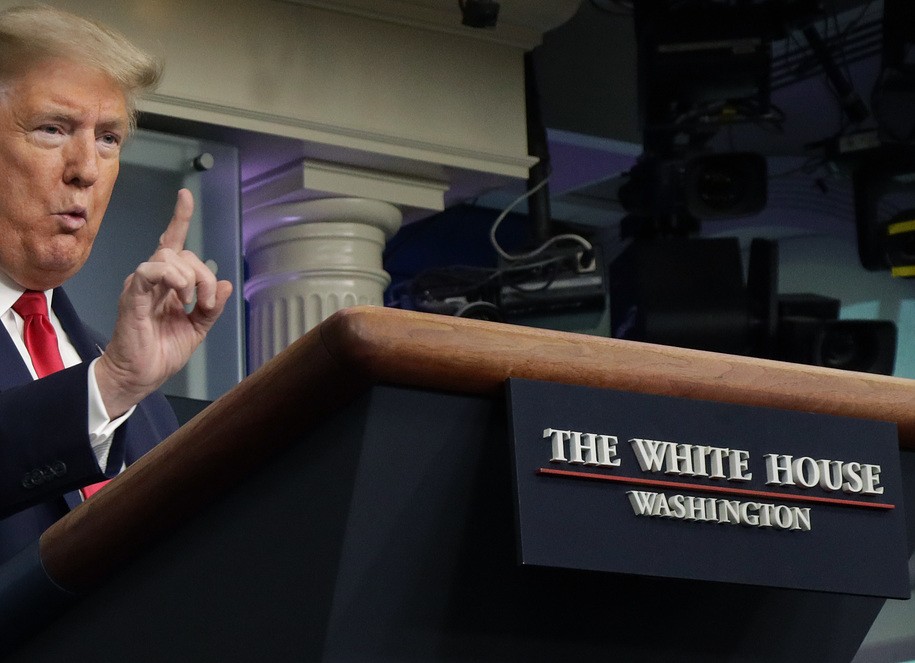 Donald Trump has been pressuring governors to lift coronavirus restrictions against the advice of public health experts, but that’s not the whole plan. The rest of the plan is pure Trumpian messaging: blaming the governors. Not the governors who endanger public health by opening beaches. The ones who try to keep people from dying through stay-at-home orders.

Trump’s big concern is reelection, and that’s where his attacks on governors come in. “Senior administration officials and Trump advisers say the level of hostility between the president and governors will probably only increase in the coming days, in part because Trump sees so much political opportunity in stoking those divisions during his reelection campaign,” Politico’s Nancy Cook reports.

But we have to be clear: “the level of hostility between the president and governors” is about Trump, not about governors. He’s attacking—they’re just pushing back, if that.

Even some Republican governors are pushing back, like Maryland’s Larry Hogan.

“To try to push this off to say that the governors have plenty of testing, and they should just get to work on testing—somehow we aren’t doing our job—is just absolutely false,” Hogan said on CNN’s State of the Union on Sunday. Hogan added that while Maryland has increased testing by 5,000% over the past month, “it’s not accurate to say there’s plenty of testing out there, and the governors should just get it done. That’s just not being straightforward.”

It’s Donald Trump fighting for his political future. Of course it’s not straightforward or accurate.

Trump’s inner circle, meanwhile, is betting that “people’s initial reaction is always to look to the president, but as time goes on and it becomes clear other states are doing other things, that blame and credit will shift to the governors, considering they are the ones making the calls.” Except that as long as people—and infections—can cross state lines easily, which they will continue to be able to do, no governor can be fully responsible. The governors doing what Trump wants will continue to endanger the rest of us, while his massive messaging machine promotes that danger and attacks the governors making the difficult but responsible calls.