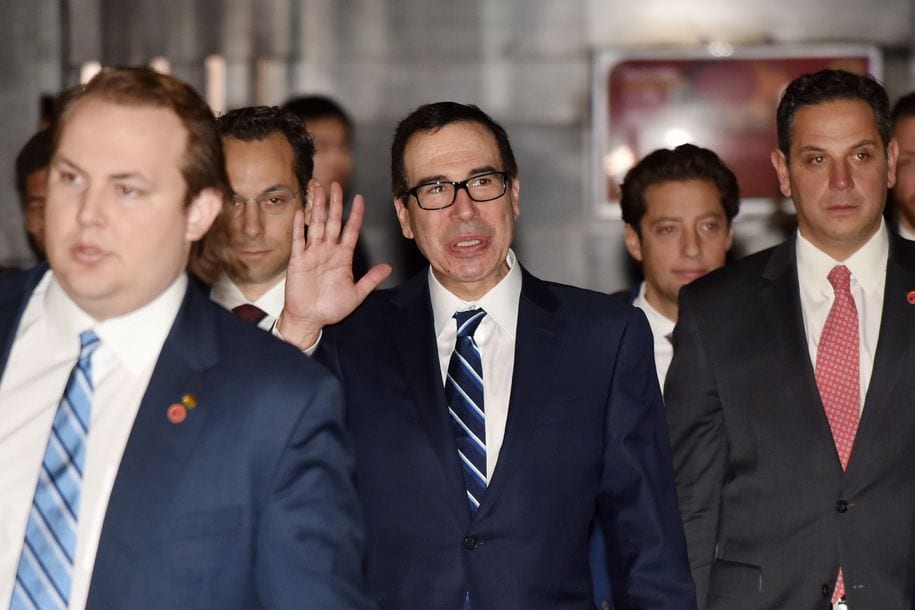 Since taking office, Donald Trump has made a remarkable 117 visits to play golf at his own golf courses. One of the reasons he’s done this is because he’s a pretty lazy person, solely interested in his own gratification. The other reason, which dovetails with the primary reason, is that Trump’s businesses have been able to bill the American taxpayer tons of money. And so while Trump promotes the donation of his $400,000 salary, giving rubes wearing oversized MAGA hats have something to hold on to, he makes sure he’s fleecing them on the back end.

The Washington Post reports that the United States Secret Service rented a room for 137 consecutive days in 2017 at Trump International Hotel in Washington in order to provide security for Treasury Secretary Steven Mnuchin. Mnuchin himself reportedly paid for his own hotel suite while he lived there during that time. According to the Post, that single room cost $33,000 to U.S. taxpayers because “Trump hotel charged the maximum rate that federal agencies were generally allowed to pay in 2017.” MAGA!

Coronavirus: Trump is selling coronavirus coins and other claims fact-checked