Trump’s White House lifted 3,600 masks from the national stockpile for their own use 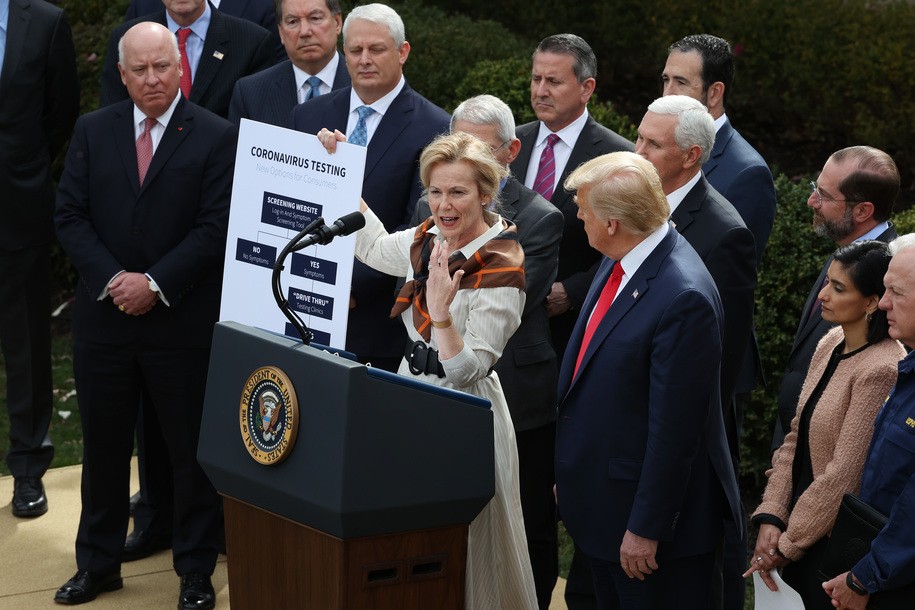 The Washington Post reports that even as Dear Leader and his merry band of jackasses were still publicly downplaying the pandemic’s significance in mid-March, they were lifting 3,600 surgical masks from a shipment intended for the Strategic National Stockpile so as to provide Trump White House staff with their own.

A “senior” National Security Council official had asked for a donation of masks from the government of Taiwan, which had competently managed to quell the pandemic, part of the internal administration efforts to finally acquire medical equipment already running short after literal months of inaction. Taiwan obliged with “hundreds of thousands” of the masks, which evidently made it into the national stockpile for distribution to whichever states the Trump administration found worthy, but not before a few thousand were set aside for White House use.

At this point your instinct is probably to be outraged that even when emergency room personnel were not able to get masks to protect them from the virus running rampant in their hospitals, Trump’s team still prioritized allocating some for Dear Leader’s staff. (Though note that approximately nobody from this White House has been seen wearing those masks during daily press events.) The Post quotes an anonymous-of-course “administration official” who had a … different take.

“While the administration had detailed pandemic response plans, somehow those did not include maintaining a supply of masks for White House personnel. That was a lesson learned.”

Yes, somehow the Trump White House had, in its “detailed” pandemic response plans that—despite their “detailed” nature and evident “plans”—have turned into a neutron star of failure in every particular respect, oopsied their way into not arranging for even themselves to have pandemic medical supplies. While telling everyone else, in great “detail,” how on top of things they were.

Yup. We buy that. Good take, anonymous White House official who may or may not be one of the invisible press office figures who anonymously downplays every other White House fork-in-electrical-socket moment. The plans for how to deal with the pandemic were very, very detailed, but they were if anything so detailed that “so would we need anything around here to keep the government running?” slipped through the cracks.