US health officials said months ago risk to the public was low. But coronavirus was already spreading 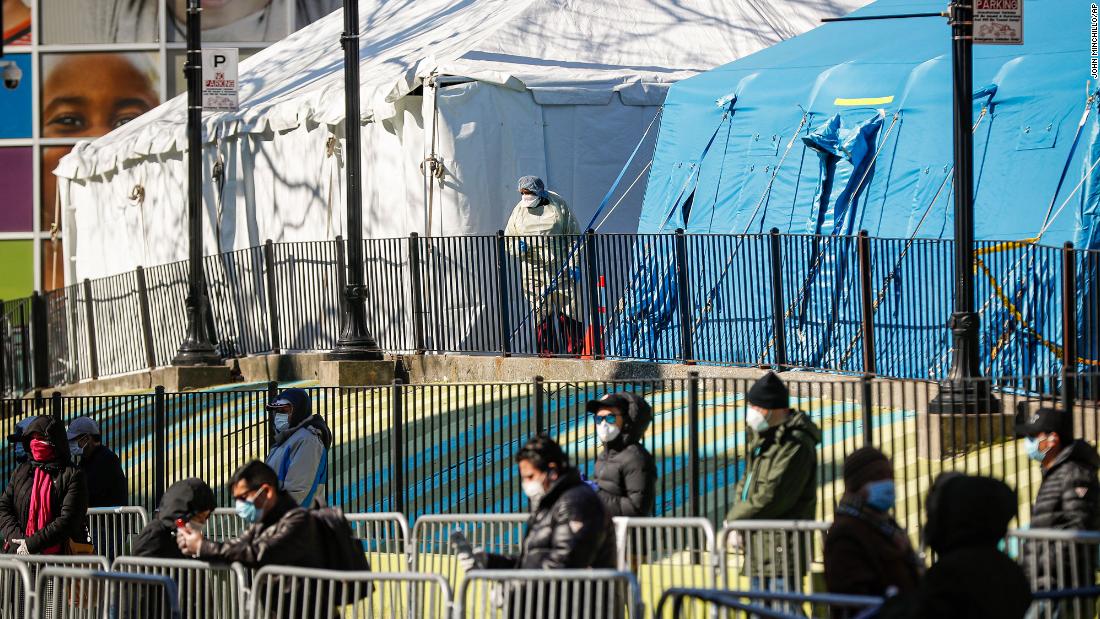 As efforts across the world to find an effective treatment are in progress, officials in the US have begun sweeping efforts to get a clear picture of the numbers of the virus in the country.

Dr. Sara Cody, the Health Office and Public Health Director of Santa Clara County, California, said the victims were exposed to the virus two to three weeks prior to their deaths. Since none of them had a recent travel history, she said they were exposed in that community.

“Obviously the virus was circulating and perhaps fairly widely in our county, which in some ways is not that surprising given that we’re a very large county, very demographically diverse and there’s a lot of travel to every corner of the world, including Asia,” she said Thursday night.

But at the time, officials had reassured the public the risk of catching the virus was low. The three victims had not gotten tested for the virus because testing at the time was very limited, the county said earlier this week, and was only restricted to people with a related travel history.

Cody said her office began receiving reports at the time of the first two deaths that suggested a wider spread.

“We were hearing from a number of physicians about patients presenting with flu-like symptoms without travel history. We were asking ourselves early on what the extent of virus might be in the community, but all of the indicators we had suggested that it was very low risk and probably not much.”

This week, California Gov. Gavin Newsom asked coroners across the state to review cases dating back to December to determine whether they were also coronavirus related.

Officials are tracing cases in other states too

Across the country, a similar message: New York Gov. Andrew Cuomo said Thursday that results of a study conducted on 3,000 New Yorkers show the virus was spreading in the region much earlier than previously thought.

About 14% of the state’s residents have antibodies, Cuomo said. Antibodies help show who may have previously had the virus and developed the antibodies as a result.

“It is significantly more widespread than most people had imagined and I think it confirms he point that (coronavirus) spread faster and it got here earlier than we originally believed,” Cuomo said.

But the results may also be a point of reassurance.

If more people had the virus than experts believe, that may mean the virus’ fatality rate may also be lower, Dr. Amesh Adalja, an infectious disease expert at Johns Hopkins University, said.

“It tells us this virus is much more widespread than we thought,” he said. “The hospitalization rate may be much lower because the denominator (of people infected) is so much bigger.”

And, it also shows people have been developing some immunity.

“There are people that have mild illness that don’t know they are sick, and those individuals may be part of how we move forward as we start to think about reopening certain parts of the country,” he added.

What that means, Coronges said, is the first cases outside mainland China had already occurred before January.

The WHO is now also tracking a number of studies across the world trying to determine how many people have been infected by the virus globally, according to Dr. Maria Van Kerkhove, the technical lead for the coronavirus response with the agency.

What the WHO is seeing, Van Kerkhove said, is that the number of people with antibodies globally ranges between 2 to 3%, and up to 14%, according to one study in Germany.

‘Weeks to months’ away from effective treatment

The agency is also tracking hundreds of coronavirus drug trials.

It’s critical that the studies are done and done well, Van Kerkhove said.

The results, she added, “can’t come soon enough.” But the world is “weeks to months” from knowing what works.

The rapid efforts are similar to the ones who were taken by the experts who helped developed tests for the virus. Those types of tests, that typically take years to develop, are being created in weeks, US Food and Drug Commissioner Dr. Stephen Hahn said.

He said the FDA is continuously adjusting their criteria to make sure the tests they approve are accurate and reliable.

“But we also know that when they go out into the community, they’re being used. We’re going to get feedback about how they actually operate in the real world. They may be used under conditions that weren’t originally tested, or things like that,” Hahn said. “We are always incorporating data that we hear and then adjusting our authorizations based on that. So this is an ongoing effort.”

He suggested that people use the FDA’s website to ensure the tests they are using have been approved by the agency — which has so far approved 62 diagnostic tests, four of which are antibody tests. The agency has 390 lab test developers working with the FDA to get authorization.

“What I can provide assurance to the American people is that those tests that we’ve reviewed and that we’ve authorized have gone through the criteria established for validity, reliability and reproducibility by the FDA,” Hahn said.

That ol’ Mason–Dixon line still divides, this time between saving economy or lives in COVID-19 scare

Trump’s Bonkers New Coronavirus Comments Get The Treatment On Twitter

Trump’s Bonkers New Coronavirus Comments Get The Treatment On Twitter