What Angela Merkel could teach Trump about dealing with coronavirus 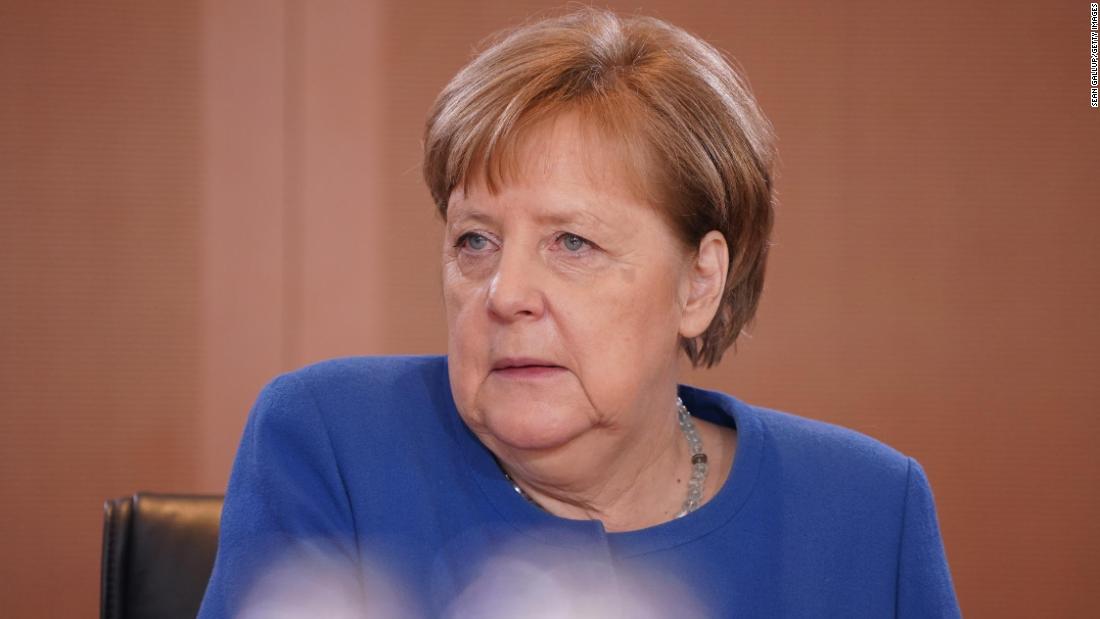 With apparent disregard for the US Constitution, which confers sweeping powers to state-level authorities, Trump cried “mutiny” after Democratic governors objected to his pronouncement. One such governor, New York’s Andrew Cuomo, whose state has borne the brunt of the Covid-19 outbreak in the US, said the President was “clearly spoiling for a fight on this issue.” The President later backed down, in part at least.
But as Trump chafes at the constitutional order in the US, another similarly decentralized country more than 4,000 miles away is getting a markedly different lesson in leadership. “Federalism is not there so people can push away responsibility,” German Chancellor Angela Merkel said early on in the pandemic. “It is there so that every takes responsibility in their area.”
To be sure, Germans have questioned whether their system, which devolves significant responsibilities to state and local levels, was best-suited to dealing with a fast-moving, international crisis like the coronavirus pandemic. Many asked whether Merkel, 15 years in office and dealing with a mystery health issue that gave her bouts of the shivers at public events, was capable of leading the charge. Was she “amtsmuede” — weary of office?

But, so far at least, the German system has held its own, and Merkel has maintained her grip — in typically understated fashion. In particular, her measured addresses to the nation have contrasted sharply with Trump’s raucous daily briefings, which have roiled stock markets and alarmed health experts.

“How many loved ones will we lose, how high will the price be,” asked Merkel, in one of her most emotional addresses, on March 18. In an appeal for everyone to work together, she added: “It is in our own hands to influence the outcome of this crisis. I am convinced that we will manage to act responsibly to save lives.”

Merkel’s words helped unify Germany behind the government’s response. The governor of the powerful state of Baden-Wuerttemburg, Winfried Kretschmann of the Green Party, which is a rival of Merkel’s conservative CDU, drew a scathing comparison between Germany and the US: “We can see in the United States that some governors are taking matters into their own hands when there is someone at the helm who at first denied all of these threats. Something like that is completely out of the question here, that is why we are well equipped for this crisis.”

It is too early to make final assessments, but Germany’s response is looked upon with envy around the world. While the country has a large number of confirmed COVID-19 cases, the death toll remains remarkably low and the health system remains robust.

After a meeting with state leaders Wednesday, Merkel announced that the country was ready to start carefully scaling back its lockdown. Many shops will be allowed to reopen next week, and schools will gradually reopen beginning early next month, though other restrictions will remain in place.

“She’s a diplomatic leader,” says Jan Techau, a senior fellow at the German Marshall Fund, noting her ability to generate consensus among the country’s strong state governors. “She can actually take a step back, become almost invisible and become the power-broker in the system. This has been her approach for the last 15 years, and it is especially useful in these kinds of moments when you have a crisis where you have to bring these people together where so much is at stake.”

Federalism is as entrenched in Germany as it is in the United States. The chancellor in Berlin cannot force the governors of the nation’s 16 states to enforce social distancing measures, temporarily close restaurants and cafes, or shut down schools and universities. But they have gone along with, and helped shape, the common approach which Merkel said would constantly be re-evaluated to ensure people’s freedoms are not unnecessarily impeded.

“We know that our policies can only be effective if we closely coordinated them between federal government and the states,” Merkel said in the early stages of the response to the pandemic. The success of Germany’s approach to combating coronavirus would not have materialized if politicians on both state and federal levels had not set aside their differences.

Just like the United States, Germany is in the run up to a landmark election. In 2021, possibly even earlier, the country will elect Merkel’s successor. Germany’s health minister and two of the most powerful state governors are viewed as favorites to win the job. But all of them have agreed to focus on the coronavirus crisis and halt any sort of political showboating.

The head of Germany’s largest state, North Rhine-Westphalia, Armin Laschet, says Germany’s strong and unified reaction to the pandemic and the barrage of measures adopted across the country show that “federalism is capable of acting.”

Merkel has been rewarded for the Germany’s strong and efficient response. Her approval ratings have increased dramatically and she is currently the most popular politician in the country. But Merkel hasn’t been bragging. Techau, of the German Marshall Fund, believes success in a decentralized, federal system comes down to exactly that: Less talk, more leadership.

“There must be somebody who is the national face of the crisis response. That’s what a chancellor that’s what a president are there for. And you have to play that role. And you best play it by acknowledging that you are not the master, who’s in charge of everything, but who, you know, needs to personify the unified responds with the country.”

Why are some grocery store shelves bare? It’s all about the supply chain