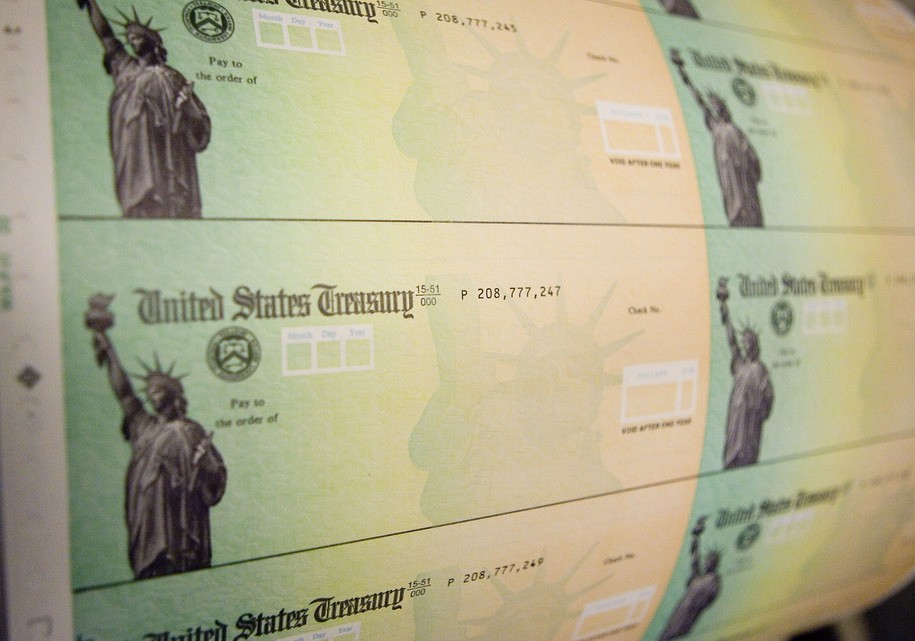 Unable to reach the IRS by phone, several people took to Twitter to share their experience with the site, USA TODAY reported. Jodie Reynolds, a spokesperson for the IRS, told the newspaper that while she had not heard about stimulus checks being deposited into the wrong bank accounts, the matter would be looked into. Reynolds also said that people should contact their bank to verify if they believe their checks were deposited to the wrong account. Checks that do not match the name of the person they are made out to will be returned to the IRS, she added. “The payment isn’t going to bounce back and just sit here,” Reynolds said. “We will turn around and cut them a paper check and make sure they get their money.” But while Reynolds advised that people call their banks, some reported that their banks were unable to help with the situation.

Thomas Krapin told USA TODAY he planned to use some of the money he was receiving to cover his rent, but upon entering his information on the IRS site he saw his account information was incorrect. “Once I pressed submit, the account number that they listed didn’t match any of mine. I called my bank and there was nothing they could do. There was no connection to my account,” Krapin said. Krapin wasn’t alone: Others reported that they had used the same bank account for years, and did not understand how the mishap happened. “You’re jubilant because you’ve been waiting to get that money. And you look down and the bank account number is not even close,” said Chris Rodriguez, a contractor from Michigan. “Because the IRS isn’t taking calls, I’m more or less dead in the water.”

Checks being sent to the wrong bank account are not the only issue of concern. According to The Washington Post, families have complained that they did not receive the correct amount (including the $500 check for dependent children) and that the site has been giving them messages regarding ineligibility, even though they are eligible.

Those who filed their taxes through services like H&R Block and TurboTax are unable to receive their payments until they authorize direct deposit through the site tool, the Post reported. But many of those who have tried to update their information have been met with an error message saying “Payment Status Not Available.” The message gives no other information outside of requesting the viewer to read eligibility requirements. According to the IRS, the tool can’t check the status of a stimulus payment if one is not eligible or if there is an issue verifying identity from the information entered. While many fall under the eligibility criteria for the payment, they have still experienced this issue, the Post reported.

Unfortunately, the site is only updated once a day and it has been reported that if you try too many times to access it, you can be locked out. According to the Post, a spokesperson for the IRS said that both IRS and Treasury officials are aware of these issues and are working to fix them.

It is up to the government and not individuals to follow up on why payments are being made to the wrong person or bank account if the taxpayer’s information has been entered correctly. Those who experience issues should not only report them but be able to speak with representatives to efficiently correct them. Yes, a great deal of Americans are affected by this crisis and many are facing issues with the IRS site, but they should not have to resort to Twitter for help. The government needs to deal with these issues as efficiently as they can in order to support Americans in need of financial support during this crisis.

According to the Post, people who receive an incorrect amount will also have the opportunity to let the IRS know when a letter explaining their payment arrives. The IRS is required to mail this letter to one’s last known address within 15 days of sending a payment.