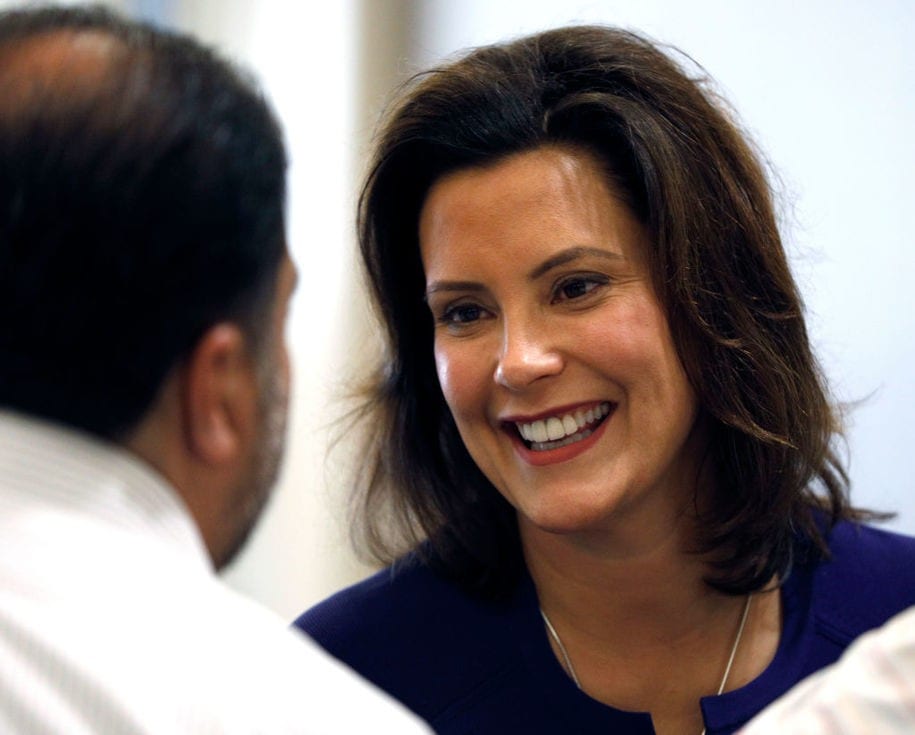 Ã¢ÂÂWe have to listen to the epidemiologist and health experts and displays like the one we saw at our capitol is not representative of who we are.Ã¢ÂÂ Michigan Gov. Gretchen Whitmer reacts to protesters descending on her stateÃ¢ÂÂs capitol, including some who were armed. #CNNSOTU pic.twitter.com/lfPgGnpkGC

Whitmer stressed that it was a small group of people compared to the overall population of the state, and that the “vast majority” of people are doing the right thing. Whitmer advised people not to listen to partisan rhetoric, or “tweets for that matter,” and do the right thing.

What prompted the comparison to Charlottesville? Tapper brought up Trump’s tweet from Friday, which used language hauntingly close to the “very fine people” of the Charlottesville white nationalist rally.

The Governor of Michigan should give a little, and put out the fire. These are very good people, but they are angry. They want their lives back again, safely! See them, talk to them, make a deal.

Earlier today, Dr. Deborah Birx went on Fox News and described the protesters as “devastatingly worrisome” given the lack of social distancing and lack of masks.

Some glimmers of hope out of Michigan include a free coronavirus testing day for Detroit residents, and Whitmer introducing a plan to offer tuition-free college education to essential workers battling COVID-19, including people who work at grocery stores, janitorial staffs at hospitals and nursing homes, child care workers, and more.