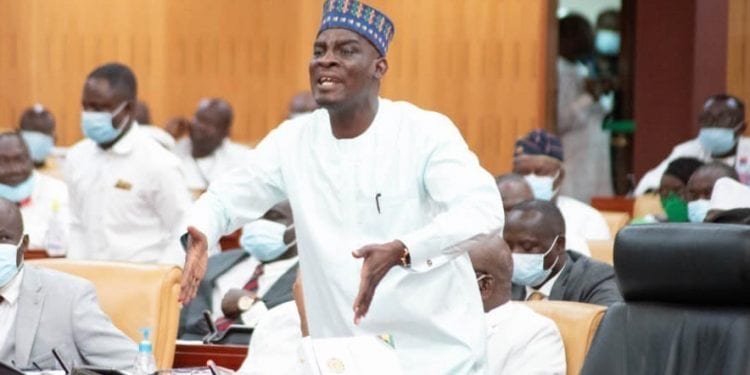 The Minority in Parliament wants the Chief Justice to reconsider his petition to haul Bolgatanga East MP, Dr. Dominic Ayine before the Disciplinary Committee of the General Legal Council.

According to the Minority Leader, Haruna Iddrisu, the action of the Chief Justice is in bad faith and an assault on free speech.

In a letter written by Judicial Secretary, the Chief Justice took issue with the views expressed by Dr. Ayine on the 2020 Election Petition Judgment on a CDD-Ghana platform.

The letter addressed to the Chairman of the Disciplinary Committee of the General Legal Council, accused Dr. Ayine of stating that “the Supreme Court’s failure to apply the rules of procedures as well as the consistent and continuous dismissal of the petitioners’ applications or reliefs were the basis of his assertion”.

Addressing the press on Wednesday, June 9, 2021, Haruna Iddrisu indicated that the Chief Justice will set a bad precedent if the case is allowed to proceed.

The Minority Leader added that Dr. Ayine is duty-bound to speak to the public on matters of public interest and that is what he did.

He, therefore, described the petition from the Chief Justice as an attack on Parliament as an institution, and one that will deepen the “growing culture of silence” in the country.

“The Chairman of the General Legal Council who is also the Chairman of the Judicial Council and Head of the Judicial Service, an organ of state in our view, has already determined that the comments are totally unacceptable and wants the Disciplinary Committee of the General Legal Council to investigate further. It is against this background that we in the Minority find the petition to be in utter bad faith and meant to be an attack of free speech on Parliament as an institution and also an upfront to democratic and academic freedom.”

“This invitation must also be seen as an attack on freedom of expression, and it is only deepening growing concern about the culture of silence in our country which is gradually rearing its ugly head in our democratic dispensation, and therefore a great threat to the sustenance of democracy in our country. In our view, we think Dr. Ayine was speaking as a Member of Parliament and Chairman of the Subsidiary Legislation Committee of Parliament, and not only as a lawyer, and he has the responsibility to speak to the public on matters of public interest as he did on the said forum.”

Recall that during the 2020 Election Petition hearing, Dr Ayine was brought before the panel over a comment he passed as spokesman for the lawyers of the Petitioner.

He was eventually made to apologize which brought finality to the matter.