‘Accelerate the Endgame’: Obama’s Role in Wrapping Up the Primary 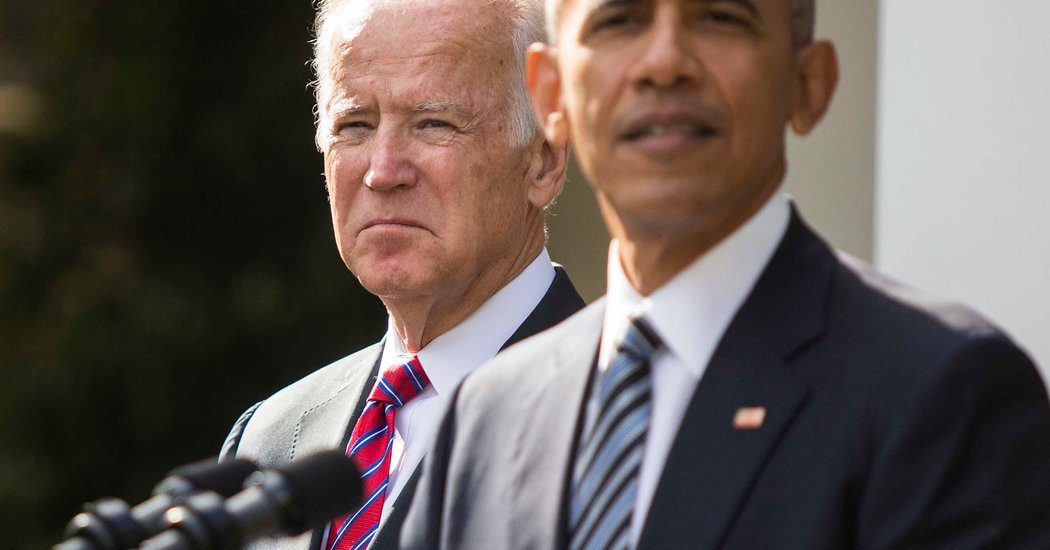 Since leaving office, Mr. Obama has ruminated about what he could have done differently, both as president and as a campaign surrogate for Mrs. Clinton, to stop Mr. Trump’s ascent, and concluded that he needed to do more to repair the damage from party infighting.

“His true north is winning back the White House, period,” said Valerie Jarrett, a close friend and adviser to the former president, in a phone interview last month. Mr. Obama, she added, would “have backed any nominee, any of them, with the same conviction.”

Mr. Sanders is much closer personally to Mr. Biden despite their political differences, but Mr. Obama, unlike Mr. Biden, remains a trusted figure to many Sanders supporters, so much so that his campaign released an ad that featured a patchwork of clips with Mr. Obama lavishing praise on Mr. Sanders.

In the end, Mr. Sanders concluded that negotiating a détente through the former president would ease the blow of his withdrawal on his base. Whether Mr. Obama’s involvement will ultimately draw Sanders voters to support Mr. Biden’s candidacy remains an open question, and some supporters, including Mr. Sanders’s own campaign press secretary, say they won’t.

In late March, Mr. Obama reached out to Mr. Sanders. The two men would talk at least three more times, with the former president reassuring Mr. Sanders that he had already accomplished much of what he had set out to do, moving the party — and Mr. Biden — substantially to the left, according to two people with knowledge of their interactions.

But, the people said, he mostly listened to Mr. Sanders, who was in a reflective mood, speaking candidly about his post-campaign plans and feelings about the race, the kind of conversation the two men had never had before.

Mr. Sanders, for his part, is intent on protecting his open line of communication with the former president. When asked for a readout during an interview on MSNBC shortly after dropping out last week, he replied, “They’re private conversations,” waving a don’t-even-ask-me-about-it hand at the camera.

‘Tsunami of Grief’ to Hit as More Loved Ones Die