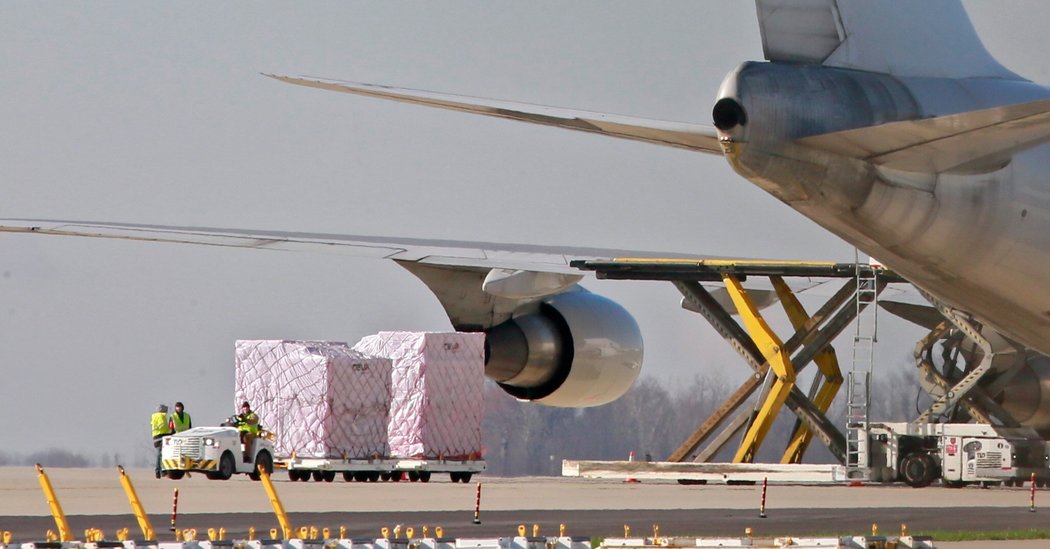 “If you’re not in a hot spot, there are still supplies being computed into the system because 50 percent of what lands on one of those planes is going to different locations throughout the country,” she said.

For many communities, that is not nearly enough.

The inspector general for the Department of Health and Human Services released a report this month showing widespread shortages of protective gear at hospitals. In Montana, Mr. Bullock said two-thirds of the state’s hospitals reported receiving shipments of supplies that were less than what they had ordered or the shipments were outright canceled.

The state has received 78,000 N95 masks from the federal government, a sliver of the 550,000 Mr. Bullock said the hospitals needed. Without federal assistance, the state government has been forced to enter a new market and has faced increasing competition from other states and hospitals. Mr. Bullock recently had to ask North Dakota for 50,000 masks.

“It leaves us at the bottom of the bucket,” Mr. Bullock said of the distribution system.

Dr. Scott Ellner, the chief executive of Billings Clinic, a health care system in Montana, said the system did receive materials from the federal government, but “that has really slowed to a trickle at this point.”

“We are aware that equipment is now being diverted to other hot spots,” he said.

Dr. Ellner’s staff has been forced to solicit public schools, dentists’ offices and universities for 3-D printers to make additional masks. A ski company produced molds for thousands of masks, and a fishing company made gowns for hospital workers.

“There’s a point where you can only reuse your equipment so much to where it’s not necessarily doing what it’s supposed to be doing,” Dr. Ellner said. “It’s not preventing the spread but creating risk, not just for hospital workers but for transmissions to other patients in the hospital.”

Dr. Lisa Moreno, a professor of emergency medicine at the Louisiana State University Health Sciences Center in New Orleans, said she had gained hope that infection rates in her devastated region had plateaued. But she added that when she was not working in an emergency room, she had faced “astronomical” costs for protective gear in the private market.

Why Reopening Society Too Quickly Could Be Dangerous