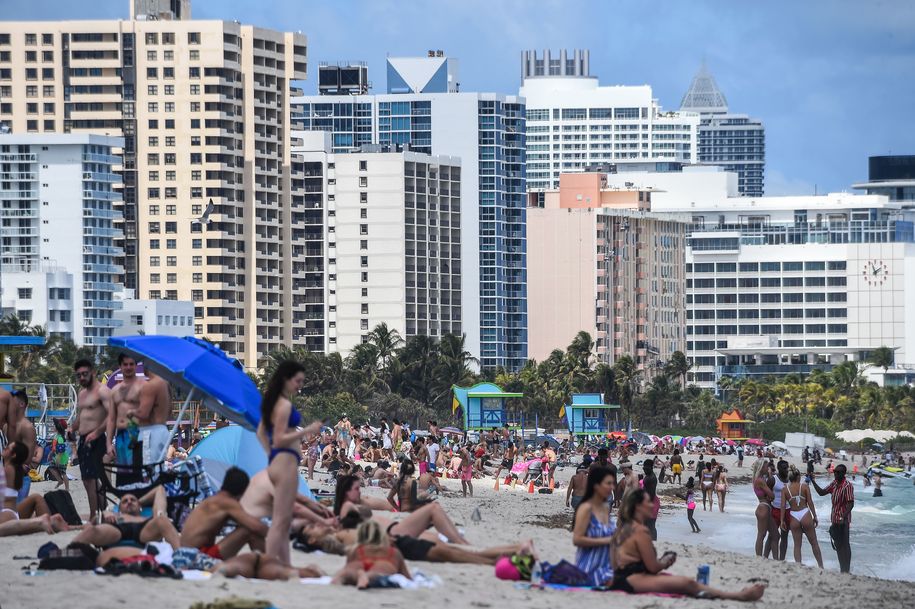 Jacksonville Mayor Lenny Curry quickly opened beaches, becoming the first local official to do so, following the announcement Friday. Despite viral images online showcasing crowds at the beach, Curry tweeted an image of an empty beach thanking residents for “responsible behavior.” Mayor of Miami-Dade County Carlos Gimenez also said his county would be reopening beaches, The Hill reported. Other beaches across the state, such as those in Pinellas County, remain closed.

According to The Tampa Bay Times, Curry opened beaches for “essential activities” including walking, hiking, fishing, and swimming. Images of Jacksonville beaches were shared across social media under the hashtag #FloridaMorons as people criticized the state and residents for crowding beaches during the coronavirus pandemic. Jacksonville beaches had formerly closed March 20 due to the crisis.

Today, Florida set a record of new coronavirus cases: 1,413 in the last 24 hours.

This is Jacksonville beach one hour ago: pic.twitter.com/oV5b1GTRy8

Not even a single fucking face mask in sight. #FloridaMorons pic.twitter.com/UxtJ3pft5x

While beaches can be opened at the discretion of local officials, DeSantis announced Saturday that K-12 schools will remain closed for the rest of the academic year, The Hill reported. The decision to reopen beaches follows the state’s highest single-day increase in the number of new infections of the novel coronavirus, Buzzfeed News reported. According to data from Johns Hopkins University, as of Saturday, Florida has more than 25,000 cases of COVID-19.

Florida isn’t the only state looking to open up beaches and businesses to the public amid the pandemic. South Carolina Sen. Stephen Goldfinch posted on social media Saturday that state beaches will reopen next week. Beaches have been closed to the public since Gov. Henry McMaster’s order on March 30. According to The Post and Courier, the governor will also decide next week when retail stores will open.