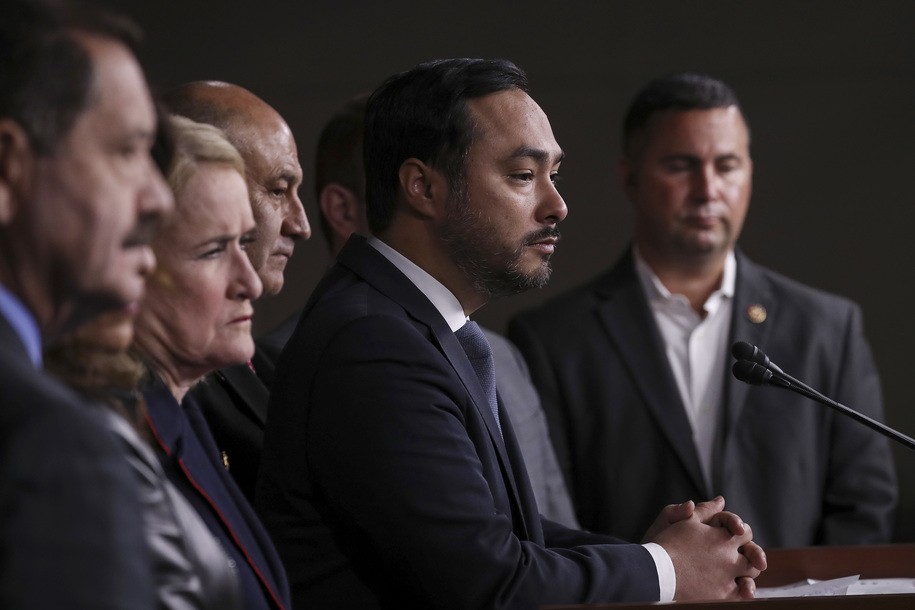 Legislators note that McConnell is blocking this bill as protections for both DACA and TPS holders are hanging on by a thread in the courts, with a Supreme Court decision on the DACA program expected any day now. No one knows yet how the justices will rule, but for many there is a sense of dread: The court’s immigration track record so far has been great for Stephen Miller and horrific for immigrant families, highlighting the need for relief like the Dream and Promise Act.

“Collectively, DACA recipients and TPS holders, have nearly 500,000 U.S. citizen children and hundreds of thousands more U.S. citizen parents, spouses, and siblings,” the legislators tell McConnell. “If deported, many individuals would return to countries they never knew and for others forced back to countries suffering from extreme poverty and violence. The administration’s own advisors, from ambassadors to headquarters diplomatic personnel have warned the administration that allowing TPS to end would undermine important national and regional security interests.”

“Senators should have the opportunity to permanently keep these families together and legally end the uncertainty they are enduring and ensure their rightful place in this country,” they continue in the letter. “It is past time that the Senate join the U.S. House of Representatives in standing in solidarity with Dreamers and TPS holders and pass this common-sense legislation.”

McConnell knows these protections have overwhelming support among Americans, with some polls showing nearly 90% support. “The Dreamers have a sympathetic case,” he said last June, claiming there “are circumstances under which I and others would be happy to support” protections. With a Supreme Court decision looming, the arrival of a pandemic requiring the valued work of thousands of DACA recipients, and a bill featuring pretty popular protections sitting right there, the circumstances seem right. So do your job, Mitch—or be complicit in a mass deportation agenda.

“We renew our urgent call for you to bring H.R. 6 for a vote in the Senate upon your return in May,” the legislators tell him. “The future of over a million people who have proven their dedication to this nation, especially during the COVID-19 pandemic, and who have shown remarkable resilience in their ability to become productive U.S. citizens hangs in the balance due to inaction.  We can change that and deliver a win for our country.”

Coronavirus: Should I worry about my lockdown eating?