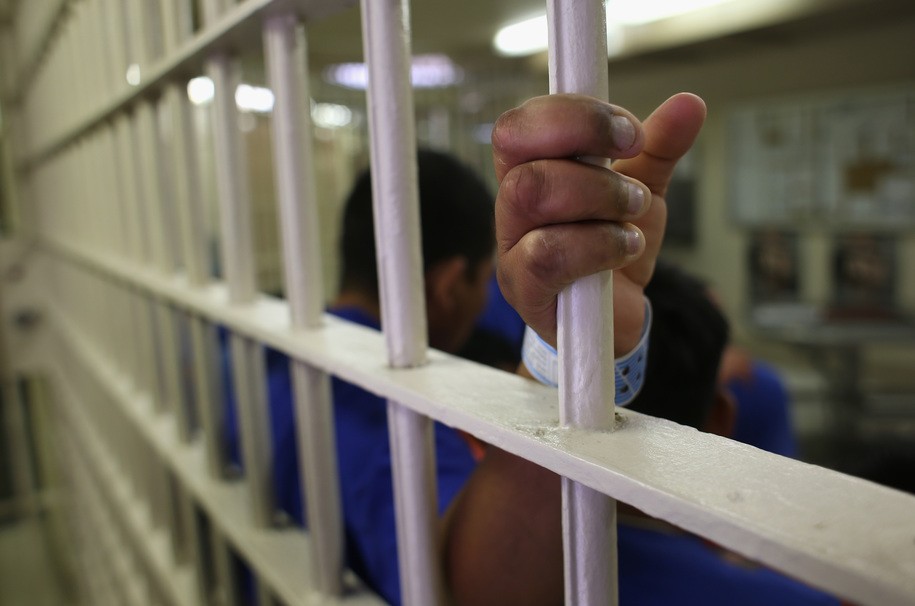 Under previous guidelines, Isaac would likely have been released from ORR, the Health and Human Services agency tasked with holding migrant children who come to the U.S. alone., until they can be released to a relative already here or a sponsor. But under the current administration, teens have been thrown to mass deportation agents at alarming rates in some areas of the nation.

“In Houston, ICE agents placed 97 percent of teenagers transferred from the resettlement office’s custody into detention centers as opposed to group homes, according to an analysis of government data from October 2018 to May 2019 submitted during trial,” the Times reported. “In Miami it was 96 percent and in El Paso 80 percent.” Aiding this are horrific administration moves like detaining immigrant sponsors who come forward.

”Sofia” had been at the now-closed prison camp for migrant children in Homestead, Florida, for 82 days when she was shackled and detained by ICE on her birthday. She told CBS News Miami last year that she ended up spending 18 days at an adult facility before an attorney was able to secure her release and allow her to stay with an aunt. “It made me feel really bad, because it made me feel like a criminal when I hadn’t done anything,” she told CBS News Miami.

This isn’t just cruel and traumatic: it’s endangering lives. As of April 22, ICE has confirmed nearly 300 COVID-19 cases among detainees, in states including Arizona, California, Georgia, Louisiana, Michigan, New Jersey, New York, and Texas. The agency has also confirmed nearly three dozen cases among detainee staffers, and nearly 90 cases among non-detention staffers. The Times reports that “Beyond the health risks” of sending these young people to adult facilities “are legal questions.”

“A federal judge in the District of Columbia will soon rule on whether the Trump administration’s age-out effort violates the law,” the report continued. “By choosing to detain teenagers instead of releasing them to group homes or sponsors, lawyers argue, the administration has violated the Trafficking Victims Protection Reauthorization Act, which requires the government to consider ‘the least restrictive setting available’ to the migrants.”

The administration’s contempt for the well-being of migrant children has long been clear in policies like family separation. So is the complete disregard for their lives during this pandemic. “Our clients are terrified of the prospect of being transferred to a secured detention facility with large numbers of people in close, confined settings, which is in direct contravention with C.D.C.’s advice on how to save oneself from this pandemic,” Anthony Enriquez of Catholic Charities told the Times. “This is a real recipe for a humanitarian disaster.”

Coronavirus: Some states begin to reopen as US death toll passes 50,000

Fact check: Trump lies that he was being ‘sarcastic’ when he talked about injecting disinfectant

Fact check: Trump lies that he was being 'sarcastic' when he talked about injecting disinfectant