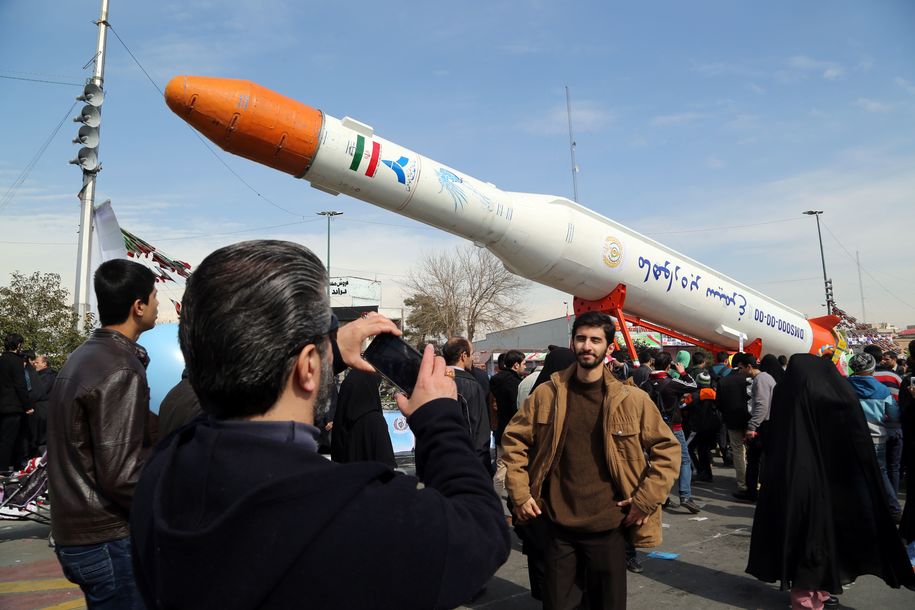 Iran was one of the second wave of epicenters for the novel coronavirus pandemic. For some time it was clear that the government in Tehran was covering up the number of cases in the country as official numbers had a very small count at the same time that mass graves were being dug that were large enough to be spotted from orbit. Eventually numbers began to come out of Iran that seemed to better match the information that was slipping out via social media. Those numbers now show the country having brought the local epidemic under control at around 90,000 cases and 5,600 deaths, but whether those numbers describe the situation in reality is anyone’s guess.

In any case, it’s clear that even as the epidemic was progressing, not everyone in Iran was on lockdown. As the Associated Press reported, officers in the Revolutionary Guard announced the successful launch of a Qased (“messenger”) military satellite.

This isn’t Iran’s first successful launch to orbit. A pair of satellites were launched as far back as 2008 and 2009. However, the Iranian space agency has been slow to build on those successful flights and there have been several notable failures in recent years. A pair of new launchers showcased in 2016 have made a number of suborbital flights, but haven’t demonstrated consistent success.

The big surprise about the new military satellite isn’t just the Revolutionary Guard symbol on its side. The launch vehicle described is not just the latest iteration of an existing system, but an apparently new-from-scratch system. At least one stage of this system uses solid fuel, meaning that it can be readied more quickly without as much need for loading super-chilled liquid fuels. And this new launcher appears to be mounted to a mobile launcher, meaning that it can be moved around Iran to better avoid preemptive missile or aircraft strikes.

It’s unclear what range or payload this new launcher represents, but this launch would appear to be a signal from Iran that—in the wake of escalating tensions after Trump broke the treaty to restrict Iran’s development of nuclear weapons—the country has an effective launch system that’s harder to hit, more reliable to launch, and capable of delivering weapons of any sort across a wider region.