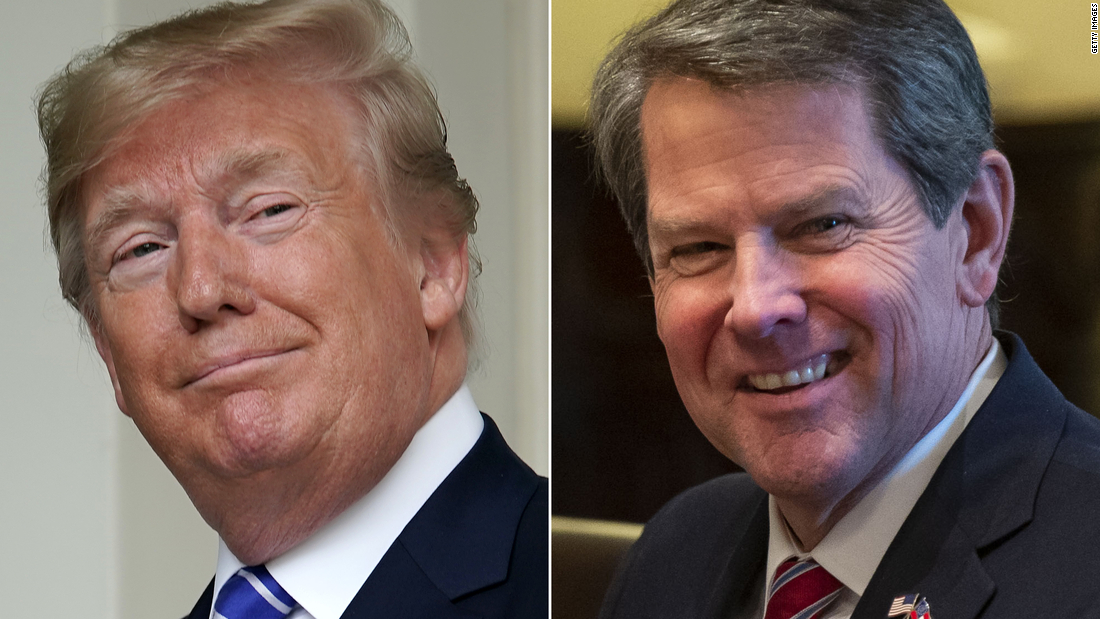 At a meeting before Wednesday’s briefing, task force members discussed the likelihood of being asked about Gov. Brian Kemp’s controversial move to open up many businesses such as nail salons and bowling alleys, the source added.

Trump has been publicly encouraging the county to “reopen,” even in the face of his own administration’s guidelines released last week that outlay benchmarks that few regions of the country have met. On Tuesday, when asked about Kemp’s decision, Trump had said: “He’s a very capable man. He knows what he’s doing. He’s done a very good job as governor.”

During the meeting, Dr. Anthony Fauci and other task force members said if the scientists were not in agreement with Trump on the Georgia issue during the news conference it would pose a problem.

“I cannot defend this publicly,” Fauci said to others at the meeting, the source said. Members of the group agreed it was necessary to attempt to change Trump’s mind on the subject.

They then asked Dr. Deborah Birx, the panel’s coordinator, to try to convince Trump to oppose Kemp’s move. She had a private meeting with the President just prior to the news conference and successfully convinced him to denounce Kemp’s decision.

Trump’s public stance on Kemp marked an about face. Just the day before, on Tuesday, Trump and Vice President Mike Pence told the Georgia Republican via telephone that they supported his decision on reopening the state and praised his work as governor, according to a separate source with knowledge of the call.

But the President, around the time Birx met with Trump, had a second call with Kemp, according to two sources familiar with the situation. This call was brief and struck an entirely different tone than the first: Trump asked the governor to slow down his reopening plan, to which Kemp said no, according to the sources. The President said he’d call Kemp back later to discuss, but never did.

To the relief of members of the task force, Trump proceeded to say he disagreed with Kemp’s decision during the Wednesday evening briefing.

“I told the governor of Georgia Brian Kemp that I disagree strongly with his decision to open certain facilities which are in violation of the phase one guidelines for the incredible people of Georgia,” Trump said.

He suggested he would intervene if he saw “something totally egregious.”

“No one ‘changed’ President Trump’s view. I was with him all throughout the day. His mind was made up. His priority has always been to reopen the country SAFELY,” she tweeted on Thursday.

According to a source familiar, Fauci thanked Trump after Wednesday’s news conference.

And the President’s new chief of staff, Mark Meadows, was fielding calls from outside Trump supporters pleading with him to change the President’s mind, according to one source. After the briefing, many around the President were breathing a sigh of relief, after believing it could have gone either way.

Kemp, a staunch ally of Trump, announced Monday that Georgia would allow nail salons, massage therapists, bowling alleys and gyms to open Friday. In-person church services are allowed to resume and restaurants and movie theaters are set to open Monday. His order also bars cities from imposing their own restrictions on businesses.

It’s the most aggressive move yet to reopen a state’s economy as Trump optimistically pushes for a May 1 end to some statewide lockdowns. It also came as a surprise to mayors and some members of Kemp’s own coronavirus task force.

Kemp made the decision to reopen the state’s businesses at least a day before announcing it but did not inform the White House beforehand, a source familiar with the matter said.

Data collected by Johns Hopkins University shows that as of Wednesday, Georgia had seen 20,166 confirmed cases of coronavirus and had recorded 818 deaths resulting from the virus.

“In the same way that we carefully closed businesses and urged operations to end to mitigate the virus’ spread, today we’re announcing plans to incrementally and safely reopen sectors of our economy,” Kemp told reporters Monday.

Kemp’s decision has drawn criticism from public health experts who have repeatedly stressed the dangers of relaxing social distancing measures too early.

Georgia hit its projected peak for daily deaths on April 7, according to an influential model often cited by the White House.

But that same model, from the Institute for Health Metrics and Evaluation, says that Georgia shouldn’t start relaxing social distancing until after June 15 — when the state can begin considering other measures to contain the virus, such as contact tracing and isolation.

Mayors in Georgia are pushing back against Kemp’s decision.