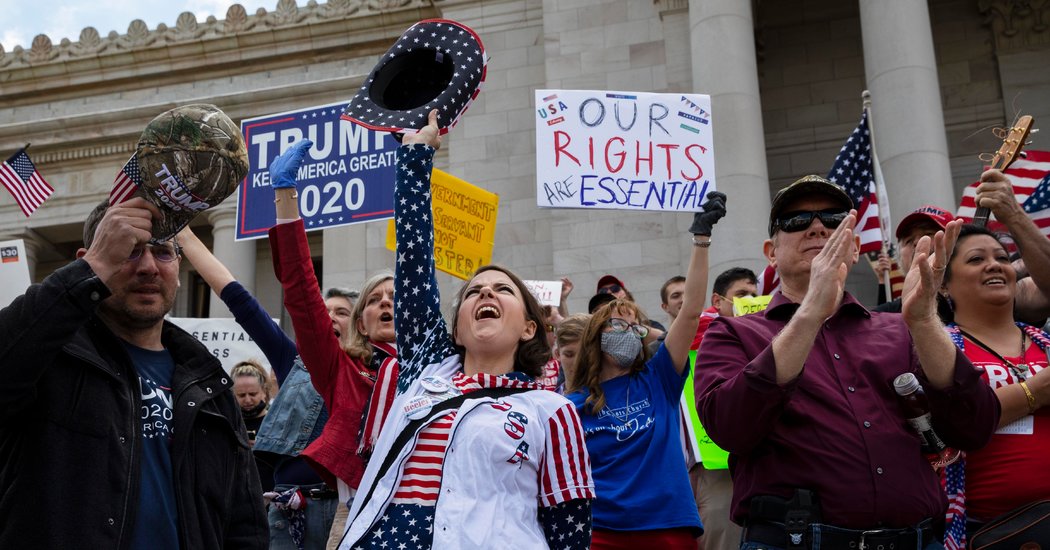 ReOpenNC had told its member that a “generous donor” had arranged to pay for buses to bring protesters to Raleigh from around the state. But, in a sign of how loath the groups are to be viewed as “astroturf” creations, it said it had scrapped the plan after a news station, WRAL, asked about it. (Afterward, a former defense contractor and perennial North Carolina political candidate, Tim D’Annunzio, stepped forward on Facebook to say he was the donor and was still hoping to run the buses.)

On Friday, Anthony J. Biller, a Raleigh-based lawyer with Michael Best, wrote to Gov. Roy Cooper, a Democrat, on behalf of Ms. Elizabeth and a member who was arrested at a protest last week, seeking dismissal of the charges. In an interview, Mr. Biller said he hoped the state would agree to allow ReOpenNC to demonstrate safely without fear of arrest, adding, “What is sufficient safety to buy toilet paper at Costco should be sufficient safety to practice one’s fundamental rights, particularly about these issues.”

He said that he was working pro bono but that there was “no coordination with the Trump administration, as some bozos have implied.”

One force in conservative politics that has kept its distance from the stay-at-home protests is the network of groups backed by the billionaire Mr. Koch. The largest Koch-backed group, Americans for Prosperity, which played a leading role in facilitating the Tea Party movement, has remained on the sidelines of the coronavirus protests.

GoDaddy records show that a public relations firm tied to the Koch network, In Pursuit Of LLC, registered the domain name “reopenmississippi.com.” An official said the group had planned to use the site to highlight a nuanced approach being developed by the network to reopen the economy while balancing health concerns.