Washington: Where Everyone Votes by Mail 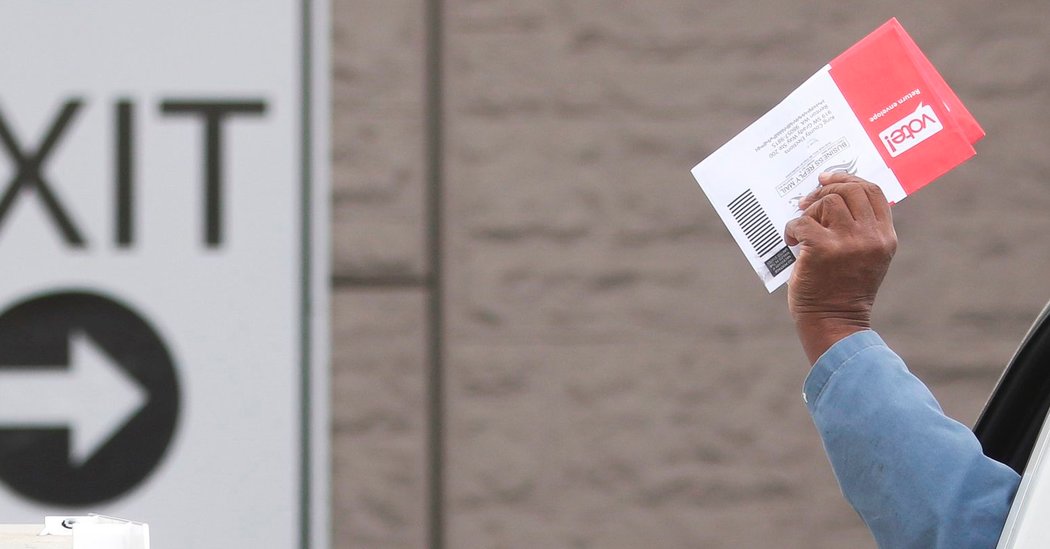 So if you could tell the president something about vote-by-mail, what would you tell him?

I would say, President Trump, right now and in this pandemic, we are having to consider every option to be able to keep the public safe and keep the voters safe, keep our election workers safe, and not have to make people choose between their personal safety and casting a ballot in one of the most historic elections of our lifetime. We have to come together in a bipartisan way to come up with those solutions so that every person who’s eligible can participate in the November election.

Do you think vote-by-mail could work nationally by November?

I started working in elections about 27 years ago. The short answer to your question is, you can’t just flip a switch and go from real low absentee ballots to 100 percent vote-by-mail. I mean, as we sit here right now, in April, with a November election deadline, I’m not sure you could do it in states across the country.

In Washington State, we started by letting anyone do an absentee ballot for every election. And that was in 1993. By the late ’90s, many counties like mine and here in Olympia, Thurston County, we’re up to about 60 percent of our voters getting a ballot every election by mail. We would have some elections where 90 percent of our ballots were cast by mail, even in a poll site election. That continued until 2005, when we had a really close governor’s race in ’04, and our legislature allowed counties to move to vote-by-mail. And that really happened because that close governor’s race showed that you couldn’t do both elections well. You can’t do a full-blown absentee ballot to every voter and set up all your polling places well because you’re stretched too thin resource-wise. So essentially, our state wanted to move to vote-by-mail in 2005. It took five years to get all 39 of our counties to move to vote-by-mail.

It doesn’t sound like you think going to mail-in ballots across the country is even really possible before November. Should that be the goal or should the focus be more on getting as many places as possible to expand absentee options?

I don’t think it’s a realistic goal to think that you could get 50 states to all be vote-by-mail by even the November election just because the states are in such wildly different places.

Between my election director and I, we have spoken, we believe, to every state in the country, either on a conference call or having them call us, and Puerto Rico to add to the list, and they’re all over the map. There’s some states where it would be an easy transition to just go to vote-by-mail, and I think there’s some states where it’s going to be a very heavy lift.

One of the things that I know my colleagues and I across the country are saying to Congress is that we’re going to need some pretty robust resources to be able to pull this off. Congress included about $400 million in the bill that they just passed.