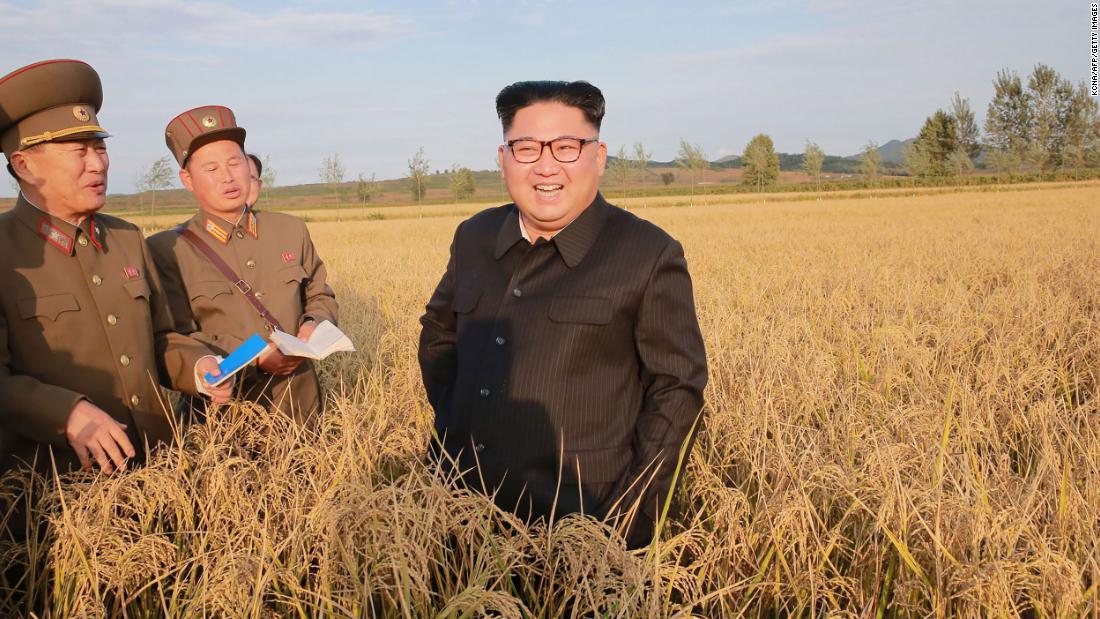 Trump has touted his “success” with Kim as a foreign policy win, including from the White House podium at briefings on the coronavirus. Last Friday, Trump played down North Korea’s recent illegal missile tests, lied about President Obama’s track record on North Korea, selectively left out his own aggressive rhetoric toward Kim earlier in his presidency, and even said he received a “nice note” from Kim — a point that the North Koreans denied.

While Trump seemed to confuse that coronavirus briefing with a campaign rally, the truth is that Kim had been pretty busy during the last few weeks doing what Kim does best: hurting his own people and making the world a more dangerous place. The DPRK is accused of lying about its claim of zero coronavirus infections and popping off rockets while his own people suffer from starvation, endemic health issues — and, probably, Covid-19.

Now, though, Kim’s pernicious public behavior has taken a back seat amid reports that he is in grave danger after surgery.

The speculation was fueled after the 36-year-old leader missed public celebrations for the most important holiday in North Korea — the birthday of his grandfather, Kim Il Sung. Other leaders have missed this celebration for North Korea’s founding father in the past, and Kim could have been absent because of coronavirus concerns. But his no-show invariably prompted speculation about his health.

It’s difficult to actually know what’s happening in the “hermit kingdom.” North Korea is one of the hardest places for the United States to collect intelligence on, and without access to reliable information the rumor mill often runs amok. The latest reports may just be the latest episode in that rumor mill. New reporting indicated that the US intelligence community is monitoring intelligence that Kim is in dire straits.

We don’t know if this intelligence is accurate — whether it’s been verified, and whether there is a high confidence assessment that Kim is in danger, or whether this is raw intelligence that needs verification. The Chinese Communist Party discounted this reporting, and South Korean officials said they were looking into it. Both South Korea and China have better access to North Korea — and to Kim — than we do.

What we do know is that history has taught us to take any health-related news out of North Korea with more than just a grain of salt. Members of our intelligence community — working with intel partners around the world — have long worked to get good sources of information inside North Korea, but the restrictive nature of the hermit kingdom makes it hard to do so.

North Korea has traditionally guarded any information about its leaders’ health, and it only slightly lifted the veil on Kim Jong Un’s less than stellar health record by noting in 2014 that he was in an “uncomfortable physical condition” but did not confirm rumors that he suffered from gout. Against this backdrop, a lot of raw intelligence about the health of Pyongyang’s leaders has proved to be a dead end. Speculation about Kim’s father — Kim Jong Il — ran rampant as have rumors even about Kim Jong Un’s own death.

Kim’s absence for the last 10 days could be for medical reasons — the last time he left the limelight in 2014 it was reportedly to have a cyst removed from his ankle — but the bottom line is that any reporting on Kim’s status needs to be carefully vetted.

As much as some may hope to see Kim transition out of power soon (President Trump probably isn’t among them), they should consider what they wish for. Whenever Kim dies — and it’s hard to imagine another scenario in which he’d relinquish control — a post-Kim Jong Un period may not augur anything good in terms of US objectives on the Korean peninsula.

We don’t know who would succeed him. While his father reportedly named him as his successor in 2009 — years before his death — the younger Kim has not done the same. He’s been alleged to have ordered the assassinations of an uncle and a brother who could have been heirs apparent, and while he has allowed his sister to take on a larger role in the regime it seems unlikely that she would take control, not least because she is female.

Whatever happens to Kim, China and Russia will continue to be North Korea’s biggest patrons — and allied against the US. Kim’s made inroads in his relationships with Washington and Seoul’s Moon Jae-in too. With or without Kim, President Trump is fixated on marketing success on North Korea. It’s less about Kim and more about him.

We shouldn’t get ahead of our skis on this latest news about Kim’s health. While intelligence analysts work to assess Kim’s status, policymakers should take a breath and use this as a moment to review our failing policy on North Korea. North Korea’s proliferation efforts have continued, unabated, with fewer and fewer international costs.

Rumors about the health of North Korean leaders became normalized a long time ago. What’s new is the normalization of North Korea’s destabilizing behavior.